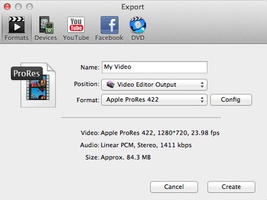 Advertisement
Wondershare Video Editor is a highly recommended app for editing audio and video files. It integrates many features and tools you can use to change almost all the settings of your files, from the volume and speed to the brightness, contrast, and saturation.

This tool edits audio and video through an interface similar to that of the powerful Adobe Premiere, but it is more intuitive and easier to use. Wondershare Video Editor also lets you record voice or video directly from your PC so you can import it or edit it as a voice-over.

What's more, even if you don't have prior knowledge and are looking for a program to automatically add effects to give a more professional touch without things getting too complicated, Wondershare Video Editor is for you: it applies excellent effects, such as fades and transitions between clips that can be added simply by dragging them, so you can easily customize your videos, photos, or audio as needed.

After installing Wondershare Video Editor, you just have to follow these steps:

1. Import or drag your media files to the program.
2. Edit your videos, photos, and audio tracks with the software's many features: crop, rotate, add subtitles, apply effects, etc.
3. Add transition effects to your videos.
4. Save in the format you need and share!
Reviewed by Álvaro Toledo 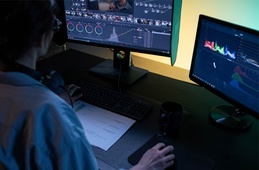 Jul 26th, 2021 Wondershare Filmora X: A complete video editing suite that anyone can use
Advertisement